For the current generation of twenty and thirty-somethings in the US, finding a job and sticking with the same company until we’re 65 isn’t the ultimate goal. While there are plenty of reasons that experts have used to come to this conclusion, one of the most talked-about is the idea that we want to both work for and support companies that have a greater purpose. 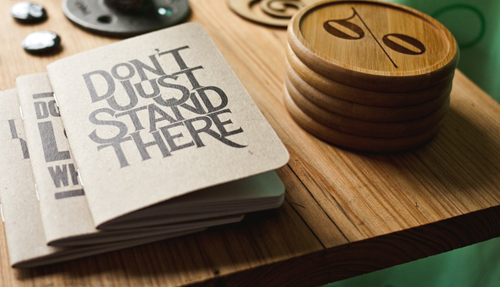 Last week, I had the opportunity to hear author Ben Arment speak. He’s written a book called “Dream Year” that is meant to help you turn your passion into your livelihood. (I haven’t read it yet, but it’s on my list.)

One of the points he made during his talk that really struck me was the idea that our frustrations shouldn’t just be a source of frustration. Ben’s idea is that that frustration should actually fuel our purpose and create an opportunity for us to do work that matters.

How, you ask? Great question.

Anything You Can Do, I Can Do Better
In most instances, Ben says, when we’re frustrated with something, it’s because we believe that we can do it better.

“Why hasn’t anyone realized the fact that a widget to solve xyz in my job would make the work more efficient?”

“Why isn’t anyone out there helping xyz group get back on their feet so they no longer feel marginalized?”

“Why doesn’t anyone realize that if they would begin to do xyz in their life, it would give them clarity and peace of mind?”

In essence, the question becomes, why aren’t we out there making that thing, doing that cause or sharing that message better than anyone else and making it our purpose?

It’s a bold thought, but if something fires you up and consumes your thinking, why wouldn’t you want to take a stab at making it happen?

I’m Just Too…
Yes, I understand that we feel overwhelmed by the idea that we don’t know where to start, we don’t feel qualified to do something or we don’t have enough time.

If you remember our friend St. Josemaria Escrivá, he would classify all of these thoughts (read: fears) into one category. He writes, “Excuses. You’ll never lack them if you want to avoid your duties. What a lot of rationalizing! Get rid of them and do what you should.”

If there’s something consuming us that makes us feel as though we could make a positive difference in the world, I believe there’s a reason God has put that on our hearts. It might very well be our duty.

Yet we avoid that duty.

It will absolutely mean researching how to begin, maybe furthering your training in an area of expertise and evaluating what’s really important in your daily schedule. But if it’s our passion, doesn’t that seem worth it? Let’s give some serious thought to it, explore ways to bring it to fruition and constantly weigh it against reality.

Fear loves to come up with reasons and excuses that make dreams impossible. But how will this generation (me included!) ever live a life that we feel has purpose if we’re not willing to go out a limb and take a stab at having a “Dream Year”?

Have you ever been motivated by your frustrations? Are you currently living your purpose because you sought out a way to make a difference? I’d love to hear about it in the comments below.

This site uses Akismet to reduce spam. Learn how your comment data is processed.